Booyoung International Apartment is located in Mo Lao new urban area, Ha Dong. This is one of the prime projects thanks to having the best position in Ha Dong district – facade is Nguyen Trai road. 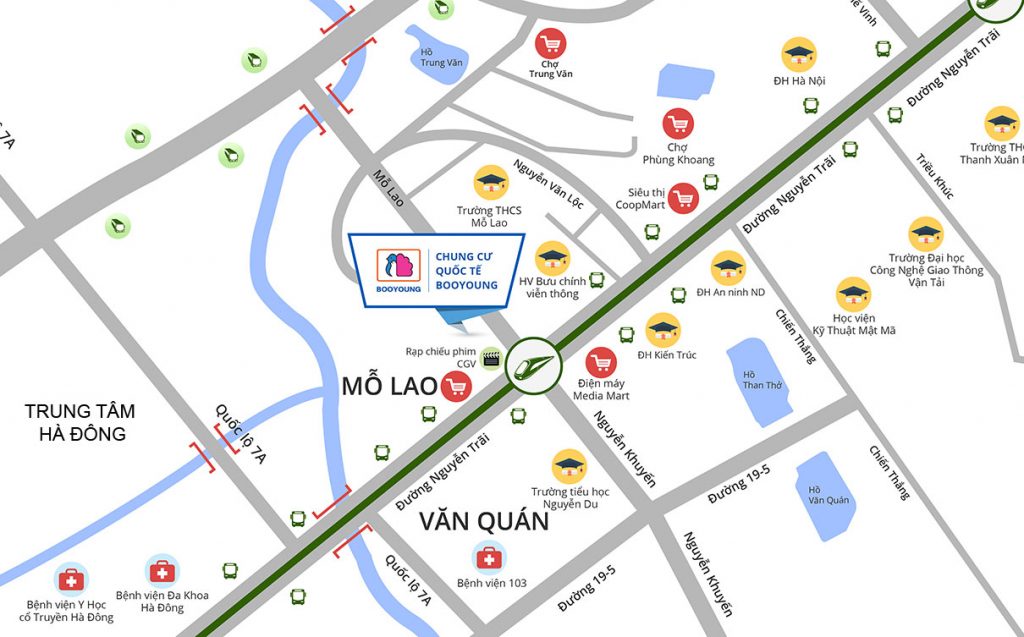 It is by the European overseas Vietnamese village in the left and surrounded by the synchronous and modern infrastructures and the done and ongoing projects.