From the first months of 2017, with the attraction of investment from the “giants” in the country, real estate capital also attracts large capital from foreign “boss”. There are many “giants” have returned to the market and ready for the “big game”. 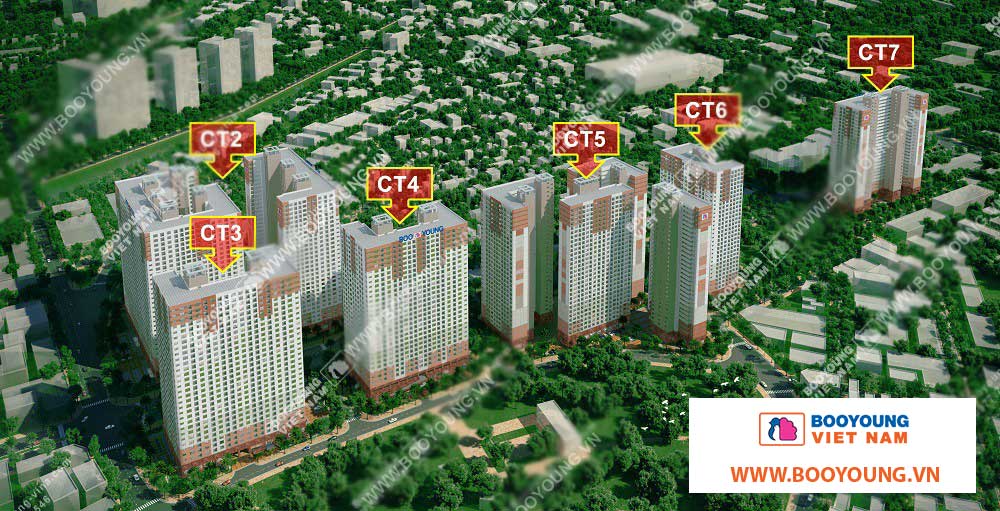 Booyoung Group – Who are they?

Booyoung International Apartment – A name that has become familiar for nearly 10 years with people living in Ha Dong district each time driving through Mo Lao area. The project is being completed day and night, bearing Korean style is very different with the surrounding buildings. Familiar, but if you ask the Booyoung Group is, in addition to guess that this is a unit of investment in Korea, there are few people clear. So who are they?

The Booyoung Group is a 16th largest residential conglomerate in Korea with over 300 projects worldwide.

Its total assets now stand at more than 21.7 trillion won. In addition to investing in apartment buildings, Booyoung is encroaching on investment in golf courses and hotels. Booyoung Group’s stopovers in recent years include Vietnam, Laos, and Cambodia.

After completing the formalities, Booyoung immediately built two of the ten buildings along Mo Lao Road. He also affirmed that the parent company’s own capital is always sufficient for the project, so far Booyoung has not had any loans with Vietnamese banks.

In Korea there is a maxim that traders, even if they are just a penny on the seafloor, must deliberately dive down to find it. Therefore, for the Booyoung project in Vietnam, despite the difficult times but Booyoung Group is still “playing” to conquer the Vietnam market.

Located in the center of Ha Dong district, with an investor as one of Korea’s 30 largest conglomerates in construction and real estate, the Booyoung international condominium is considered to be a large FDI project with total investment upwards. To $ 281 million. General project consists of 6 zones with 10 buildings, a total of 3,482 apartments, built according to the inspiration of Korean eco-style. 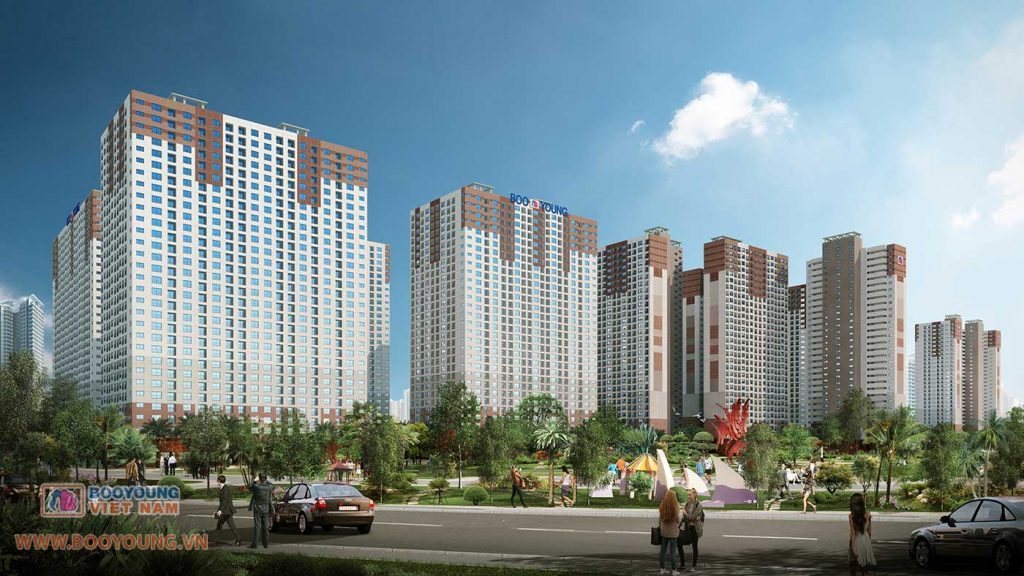 The design of the Booyoung international condominium bearing the stamp of the land of kimchi with the use of reinforced concrete wall structure to build the building to increase the sound insulation, heat insulation. The buildings are designed in a slim, no flat opposite and all units have two sides open.

The corridor goes to the apartments through the outer space to maximize the wind and light that make the residents feel at home. With the application of wall-building technology, each apartment has no excess area, optimizing the use of the entire area.

Covered with glass from the ceiling to the floor, whenever the balcony is extended, the user can fully utilize this space into resting, relax after hours of stressful work. The living room is arranged in natural light direction in order to circulate the air and light, bringing harmony open space for the apartment.

Likewise, the bedrooms also receive natural sunlight and sunshine through the apartment. Auxiliary for the design is furniture system and accessories imported mostly from Korea with high quality, ensuring the living space relax, most comfortable for the user.

Booyoung Vina optimizes the area used in each apartment.

Each building has a variety of amenities, including an eclectic garden and a Korean-style walkway … to meet the needs of recreation, recreation and recreation of the residents.

The number of customers visiting sample apartments is increasing.

Ha Dong district in the west of Hanoi is currently experiencing tremendous growth potential. In the near future, this will become a busy center of the capital. Therefore, many people in Hanoi and other neighboring provinces are interested in living in the country